She found what she wanted after a friend of a friend mentioned that a 103-year-old building in the Edge District might be available to buy.

Shepherd made the off-the-market purchase of 413 Monroe – directly across Monroe from the new Rise Apartments – for $500,000 in early March, and goes before the Design Review Board on Wednesday, June 2, to seek approval for her plan to renovate the exterior.

Other designs to be reviewed by the board are: A new, five-story building at 386 S. Main that will fill an undeveloped lot with commercial space on the ground floor and 30 apartments above; lighting to accentuate the elaborate ornamentation of 99 S. Front’s front façade; and a covered patio dining area on the Main Street Mall at 135 S. Main for Bluefin Japanese restaurant.

“I wanted to take on a couple of projects in retirement and this was interesting to me, with everything happening in the Edge District,” Shepherd said of renovating the century-old warehouse with shopfront space on Monroe. “And I just wanted to be part of it.”

The long-described potential of the old industrial district between Downtown and the Medical District is being realized now at a fast pace. Historic renovations, new buildings, and even a new linear park – The Ravine – are either recently built, under construction or being planned.

Shepherd’s two-story, 8,000-square-foot building comprises several types of spaces: Shopfront street exposure with a large window and overhead door; deep warehouse space in back; and an 1,800-square-foot, loft-style apartment above.

She will look for a tenant or tenants for all the spaces. The commercial space could house anything from a restaurant to photographer’s studio, and the warehouse is large enough to store 10 cars, she said.

She and her husband, Tim Newell, are not new to real estate.

“My husband and I renovated our own houses while we both had jobs,” Shepherd said. “Then my husband went into real estate. At one time he had about 300 houses. He was renovating and selling and renting houses. Now he’s sold all his houses and he’s retired and we’re both just enjoying retirement.”

Art will soon rise on The Ravine’s flour towers

The exterior renovation plan to be reviewed by the Design Review Board combines a previous owner’s never-executed design by CS Studio with updates by architect Charles Shipp, whom Shepherd hired.

“He really wants to keep the integrity of the neighborhood,” Shepherd said of Shipp. “I think one of his strengths is infill. When he does residential homes, it never looks like an addition.”

The parts of the renovation plan that most excite Shepherd include keeping the storefront window; adding a metal awning in front, installing seven “beautiful large lanterns” on the long, masonry east wall, and renovating the upstairs apartment that will feature a “wonderful brick wall.”

Developer Billy Orgel has already received board approval for the renovation design of the historic 99-105 South Front buildings. But the project to fill the buildings with apartments returns to the Design Review Board for approval of the exterior lighting plan.

The elaborately ornate front of the buildings, especially 99 S. Front, not only benefits from functional lighting, but lighting that shows the fine detailing, the application indicates.

Orgel proposes to flank the front entrance with replicated historical lanterns and down-lighting over the door, but also install linear up-lighting at three places: Along the first floor, the fifth floor and below the engraved text on the cornice, the document states.

“The decorative face of 99 S. Front is the most visually striking portion of the 99-105 S. Front development, and the lighting package focuses its architectural lighting in this area,” the board staff report states.

“The proposed uplighting for 99 S. Front will highlight the distinct vertical divisions of the façade, as well as the historic engraved text at the cornice,” the staff report states. “The custom fixtures near the central entrance pay homage to the character of the building’s historic lights.”

At 386 S. Main, New York-based developer Tom Intrator plans to erect a five-story building with ground-floor commercial space and 30 apartments above. The lot is now undeveloped and considered a development “gap” for the South Main district.

The Design Review Board declined to approve the exterior design at its April 7 meeting. The board not only wanted the Memphis Landmarks Commission to first review the application, but also had questions about the building’s relatively large scale for its block of South Main and for how the building fit the adjoining 390 South Main building.

Since April 7, the Landmarks Commission has approved the plan and Intrator has made changes to the design.

The balconies facing South Main project out one yard instead of 48 inches.

Contrasting wood material has been eliminated from the balcony area.

Second-floor windows now align with the windows of 390 S. Main.

Contrasting siding material between windows has been removed so that the building blends better with nearby buildings.

Metal siding on the top three floors has been recessed from the bottom floors’ plane of bricks.

Cement masonry siding replaces cement fiber board on the second floor’s east side.

And Bluefin restaurant at 135 S. Main will seek approval for the royal blue awning and installation of a frame so sturdily built that its life expectancy is 10 years.

Bluefin already has a Main St. Mall patio bordered by a black-metal fence. But with not covering, outdoor dining there is weather-dependent, the application document states.

The Design Review Board will meet at 4 p.m. 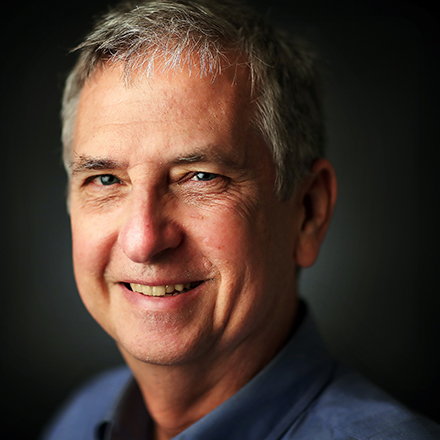 Tom Bailey covers business news for The Daily Memphian. A Tupelo, Mississippi, native, he graduated from Mississippi State University. He’s worked in journalism for 40 years and has lived in Midtown for 36 years.